virtually no heeling over.

You and your guests can do as much or as little as you want in handling the boat or just relax and listen to the sounds of the wind and water.

All you need to bring are sunglasses, towels, sunscreen, whatever you would like to eat or drink,

and Your Sense Of Adventure!

Large cooler with bottled water and ice is provided. 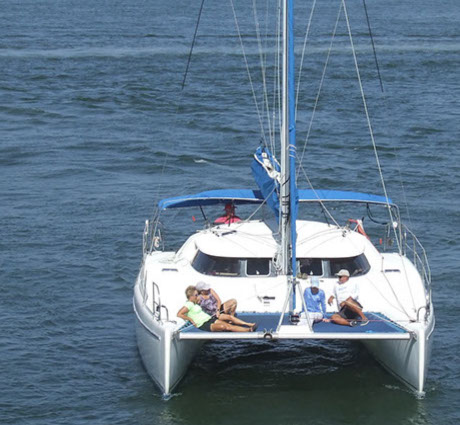 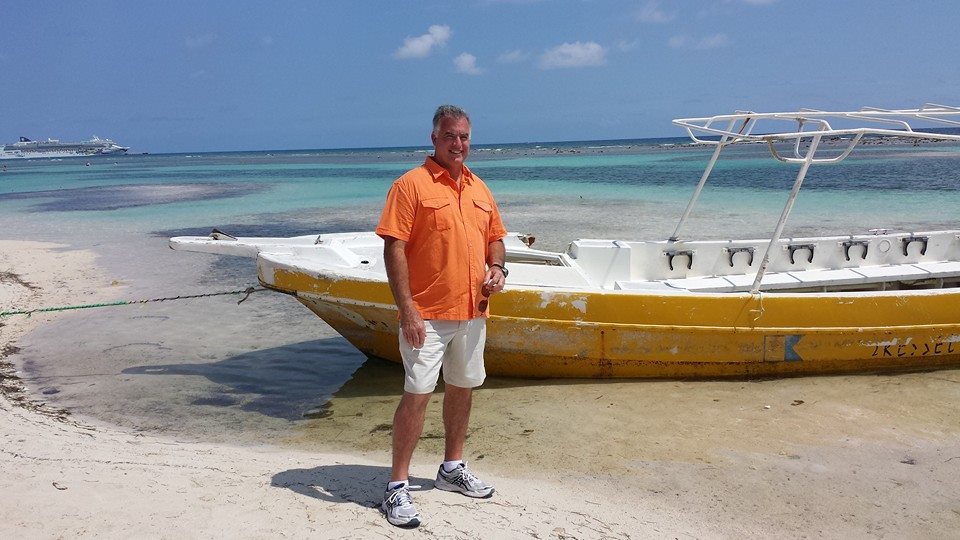 Captain Jay has been sailing his whole life.
The first boat he had was a sunfish sailboat sailing

on a pond on the family farm in Missouri.

After moving to Florida in 1998 he began charter fishing in Estero Bay as the original owner of Good Time Charters and Tours. While there he sailed a 38 Morgan for several years.  After selling Good Time Charters,

he did a summer on the Chicago river and  sailed on a 48 48 foot Morgan. From there he went to Louisiana to sail regattas on Lake Pontchartrain. He finally returned to Florida in 2015 to run tour boats and then  bought Escape in 2016. He spends summers in Panama City Florida where he does sailing charters and tours swimming with dolphins. Jay returns to Fort Myers Beach in September to do sailing charters and run a variety of other boats.